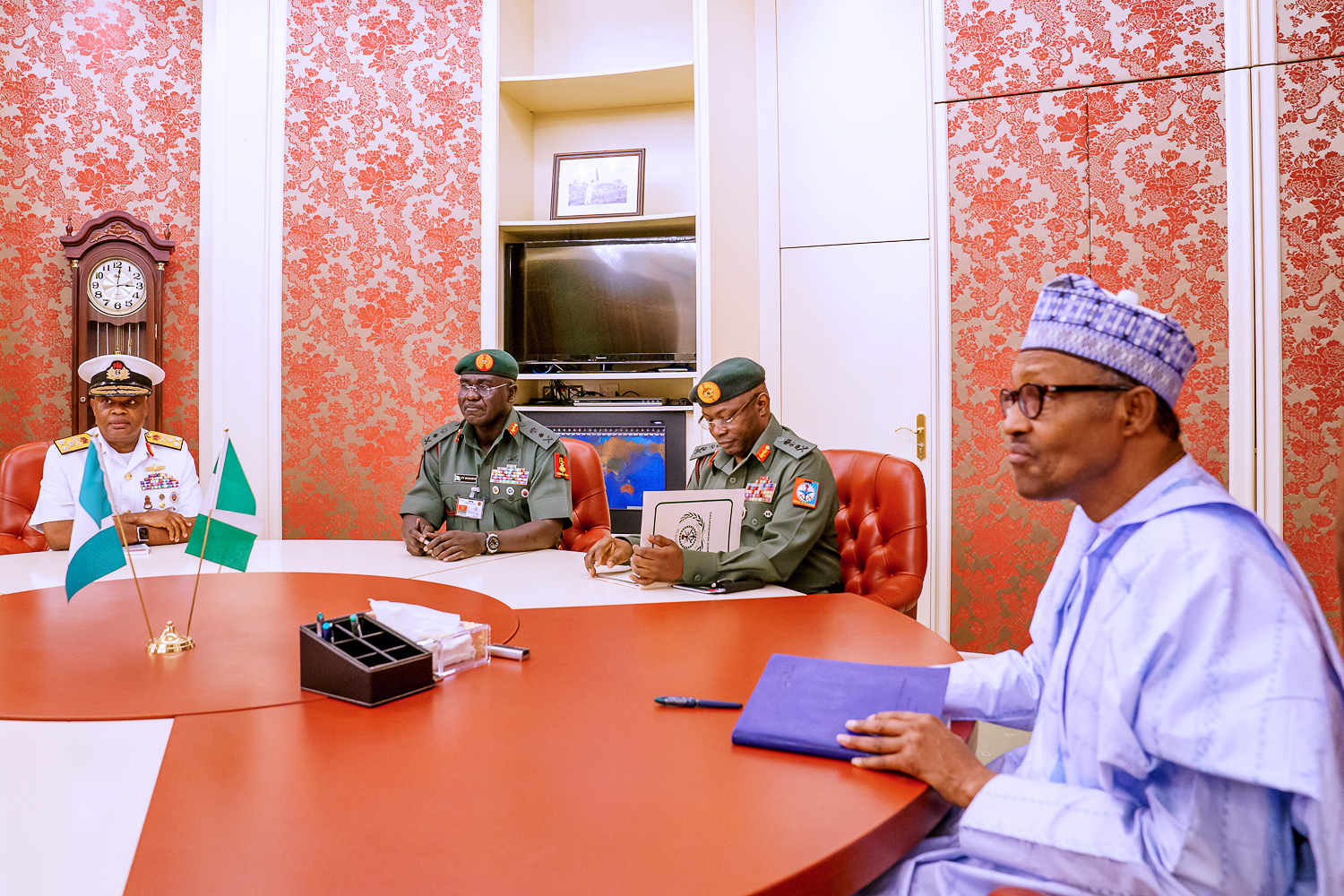 THE Coalition  of North East Elders for Peace and Development, yesterday asked President Muhammadu Buhari to sack his service chiefs, accusing the military of deploying massive strength during the #EndSARS protests in parts of the country, thereby leaving the zone at the mercy of Boko Haram, and Islamic State of West Africa Province (ISWAP) terrorists.

According to the elders, scores of civilians were killed as a result of the strategic and operational blunders, which they argued, was avoidable, had greater tact been adopted. In a statement signed by the chairman, Engr. Zana Goni, the North East elders said pro-active intelligence would have revealed this lapse to the military high command, had the service chiefs not been lethagic  in their responsibilities.

Consequently, the elders, for the umpteenth time, called on to show the service chiefs the way out, having exhausted all applicable ideas which they insisted were now obsolete.

In their considered view, the sack of the heads of the Armed Forces of Nigeria will, no doubt, pave the way for the appointment of a new set of senior officers who will approach their jobs with the highest degree of commitment and enthusiasm.

This, they noted, was moreso that new appointees will bring fresh ideas to bear on the onerous task of defeating the 11-year-old insurgency, that has since altered the North East equation.

“Though, the protests in parts of the country may have been suspended, with deaths and destruction of both private and public properties in the trail, we wish to state that the North East also suffered similar fate during the period of the demonstrations,”  Goni said in the statement.

He regretted that the unbridled quest to quell the protests by all means possible, and the desire to prove that they were indeed on ground, left the security of the North East worse than it was.

Goni said:   “We had thought that the high command of the military will, at least, be proactive enough to know that these insurgents take advantage of loopholes, to perpetrate their wicked acts.

“We are disappointed that these gaps were not covered, thereby giving the terrorists a free rein in many communities, a situation that culminated in many unreported deaths and destruction of property.

“Our men, women and children are tired of these needless attacks on communities, in the face of huge budgetary expenditure on the defence and security sub-sector of the nation.

“We are concerned that our dear President, who is so passionate about leaving an enviable legacy of a prosperous nation in all respect, has remained adamant, as far as the military heads are concerned. This position is despite the unanimous resolution by the Senate and the House of Representatives requesting the sack of the Service Chiefs.

“May we, therefore, reiterate our earlier calls for the removal of Service Chiefs, as their replacement will never be difficult, considering the fact that there are younger generals that are now better positioned to deliver on our expectations.

“We know that our dear President will lose nothing, as loyalty among officers and personnel of the military, is total, absolute and unalloyed, not withstanding who is saddled with whatever responsibility”.